The easy answer is dinosaurs are both reptiles and birds! Was that helpful? Probably not. Dinosaurs lived back millions of years ago in the Mesozoic Era; also called the “Age of Reptiles”. Lots of them had scaly skin, like reptiles, and they hatched from eggs, like both reptiles and birds. Even the word “Dinosaur” means “Terrible Lizard”, and lizards are a type of reptile! 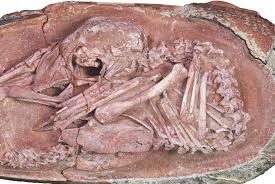 The main reason people ask this question is because we really want dinosaurs to still be living today. Dinosaurs have fascinated people for years! Wouldn’t you like to have your own dinosaur as a pet? Well, you can; sort of. There are still a group of living dinosaurs, and that’s where the bird part comes in!

Over millions of years, birds evolved from theropod dinosaurs, like Tyrannosaurus Rex! There are over 100 traits modern birds share with these ancient animals. Things like hollow bones, three forward-facing toes and a fused collarbone, often called a wishbone. How would you like a Tyrannosaurus for your Thanksgiving dinner? And of course, feathers. Since the discovery that dinosaurs are related to birds, I have seen some amazing art of Tyrannosaurus Rex drawn to look like a chicken!

Not all theropods could fly; I mean, can you imagine a flying Tyrannosaurus? Some theropods didn’t have the right skeletal structure, or their feathers weren’t quite developed enough. Scientists believe that for some Theropods, the feathers were likely used for mating displays, like the way peacocks do now. Penguins are also considered dinosaurs. Fossil penguin skin has been found in the Antarctic. So we really do have avian dinosaurs still around! 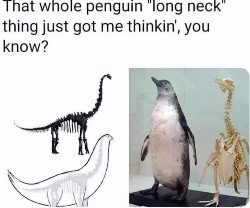 If you are more of a lizard person, you can still have a modern day dinosaur as a pet. Crocodiles and turtles are also closely related to our dinosaur friends! You might not be able to have a crocodile as a pet though. Another lizard type dinosaur that might make a better animal for your home, would be a snake. Snakes are loosely related to dinosaurs. 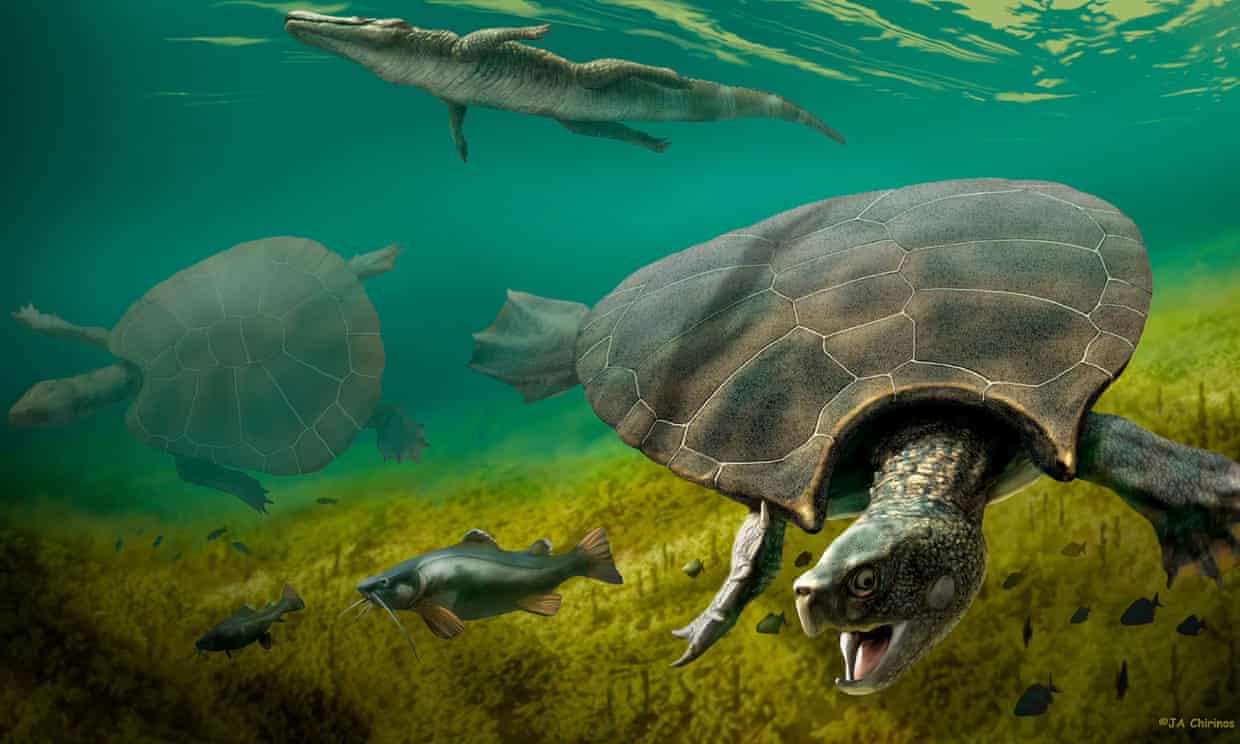 I guess the answer to the question, “Are dinosaurs reptiles or birds?” really is both! It just depends on how many millions of years you want to wait. Animals like crocodiles and turtles possibly lived millions of years ago, whereas our modern birds evolved over millions of years and are related to dinosaurs like Tyrannosaurus Rex. Regardless, it’s nice to know that even without a Jurassic World type park out there, we can still see modern day dinosaurs roaming the land today!