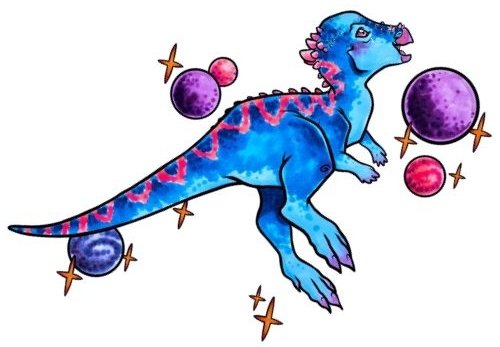 Pachycephalosaurus is an interesting Dinosaur! This herbivore was first discovered between 1859 and 1860 by Palaeontologist Ferdinand Vandiveer Haydeen in Montana, and since then, fossils of the Pachycephalosaurus have been found in South Dakota, Wyoming and Alberta. They definitely liked what is now North America! 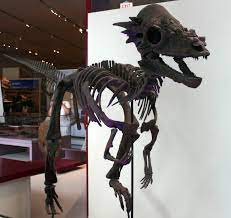 Pachycephalosaurus lived during the Late Cretaceous period, along with the T-Rex, Triceratops, and Ankylosaurus. Scientists believe that they weighed up to 900 pounds. That’s about the size of a cow, or a grizzly bear, so Pachys weren’t the biggest dinosaur of their time!

Most pictures and art you see today of Pachycephalosaurus makes them look rather adorable, wearing what looks like cute little hats! Those little hats are what helped American Palaeontologist Charles W. Gilmore give them their name, which means “Thick Headed Lizard” in Greek. That thick skull was also the reason that scientists once thought Pachycephalosaurus skull caps were actually the knee caps of other dinosaurs! Scientists believe that Pachycephalosaurus might have used their skulls to butt heads with other males, kind of like modern-day bighorn sheep do with their horns. This is still up for debate though; some scientists believe that Pachycephalasaurus use their skulls, which are 30 times thicker than a human skull, to attract a mate. 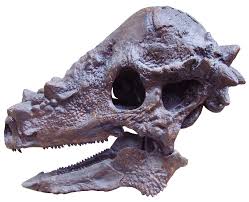 Regardless of how Pachycephalosaurus used their little hat heads, I think they are pretty great! They are definitely depicted in art as one of the cuter and less dangerous dinosaurs to roam the earth, and that kind of makes me love them even more! Just like the saying, “Watch out for the quiet ones”, with their five-fingered claws, long powerful legs, and three-toed clawed feet, I think that these guys would have still been a force to be reckoned with! 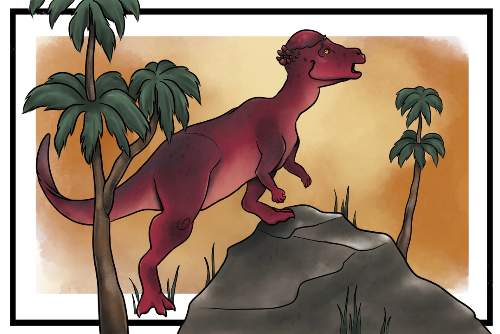 What do you think Pachycephalosaurus used their skull caps for? Send us an email or tag us on Instagram! We would love to hear your thoughts! And don’t forget to sign up for our email newsletter! You will hear about fun dino stuff, and even get a dinosaur treat on your birthday from Vester the Velociraptor!