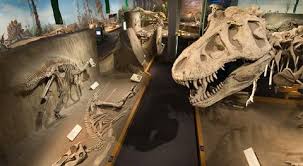 Dinosaur museums are the best place to learn about dinosaurs. Here in Canada, we are really lucky to have many museums that centre around Dinosaurs! If you travel to Drumheller, Alberta, where many dinosaur fossils have been found, you’ll get to experience a variety of dinosaur specimens. Canada has an amazing dinosaur history for you to explore, and new dinosaur fossils are being found all the time!

You don’t have to travel to Alberta, Canada to see dinosaurs though! Almost all of the provinces in Canada have museums with dinosaur exhibits. Not only that, there are many universities that study dinosaurs too, like the University of British Columbia. Victoria, British Columbia also has a place called “Dino Lab“, where they restore dinosaur fossils and get them ready for exhibits all around the world! Read more about Dino Lab in this blog here! 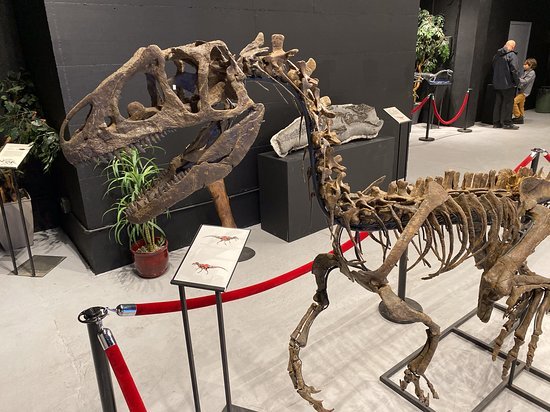 Usually places where a large amount of dinosaur fossils have been found have the largest museums for dinos and dinosaur artefacts. The Jurassic Morrison Formation in the Western part of the United States has provided lots of dinosaur fossils, including stegosaurus and Tyrannosaurus Rex fossils! The Field Museum in Chicago has the largest, best preserved, and most complete of all the T-Rex fossils found. She is so well known, they simply call her “Sue”. 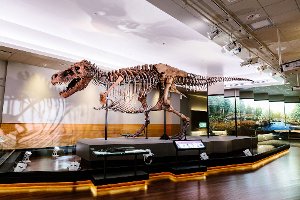 Sue: Tyrannosaurus Rex at the Field Museum in Chicago

Dinosaur museums are educational and fun for the whole family. There is so much to learn about dinosaurs, and we are really lucky to have so much access to what paleontologists have found over the last hundred years. If you want to take a trip to see dinosaur fossils, I’m sure you won’t have to travel very far! 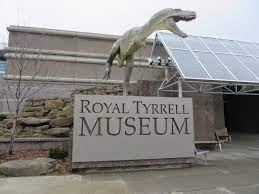 What dinosaur museums have you visited? Tag us on Instagram in your dinosaur adventures! We would love to see them! And sign up for our email newsletter to get more fun dinosaur stuff delivered to your inbox, including a discount to The Dinoverse shop!