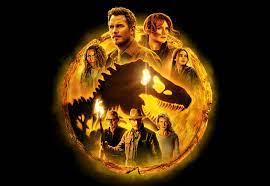 The lights dimmed and the audience hushed as the last of the Jurassic Park series movies started…. If you are like my partner and hate spoilers, stop reading and go watch the movie. If you are like me and like to know what you’re getting into first, read on! 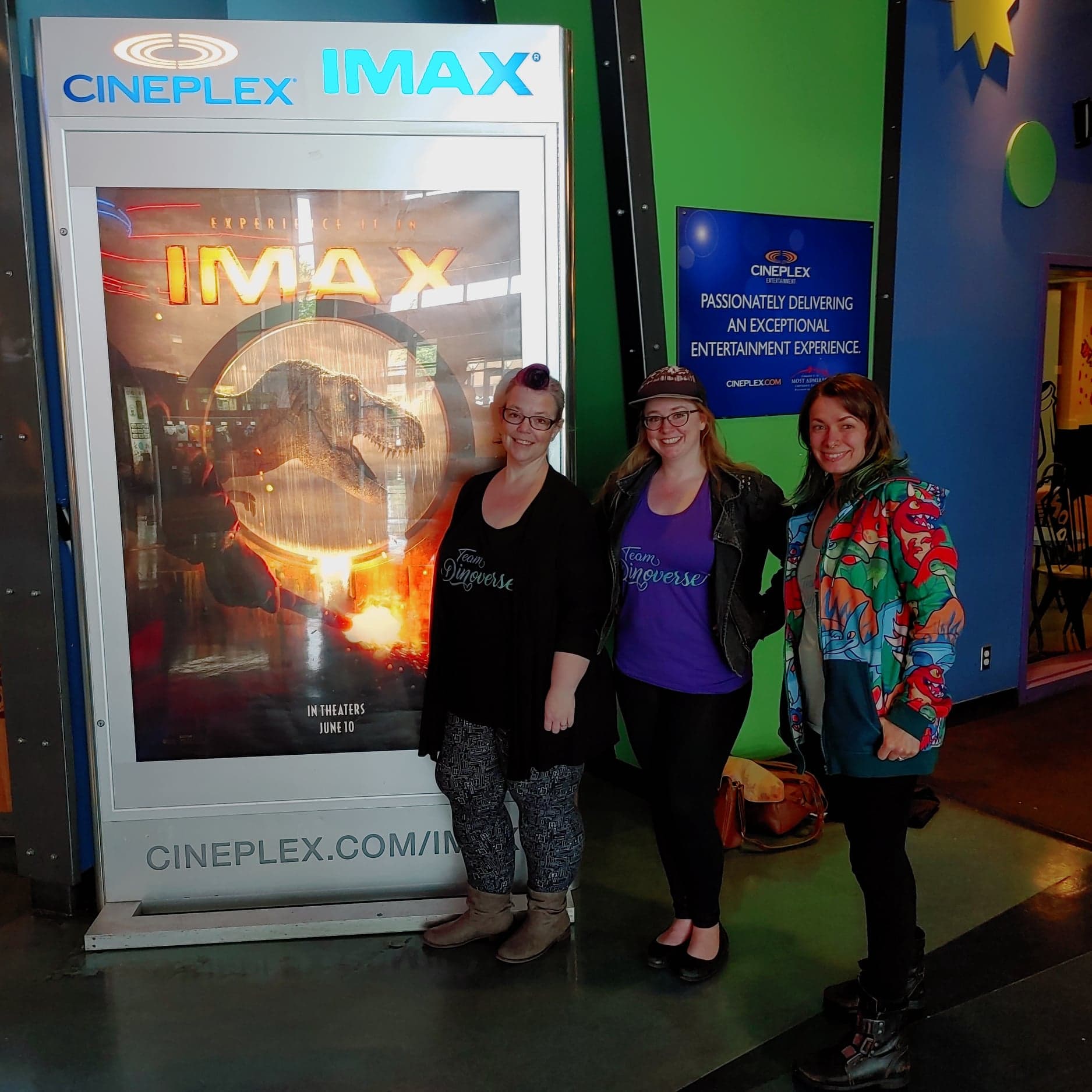 The Dinoverse Team took a trip down to Victoria, BC to see this final Dinosaur spectacle on the big screen. It was really neat to see all the main cast from both the Jurassic Park and Jurassic World series’ together in one movie. Each has their own specialty and acknowledges the others for theirs, and even Dr. Lewis Dodgson (recast by Campbell Scott) shows up. You might remember him as the “secret agent” type guy who talked Dennis Nedry into stealing the dinosaur embryos (think Barbasol…).

Speaking of that Barbasol can…

Jurassic World Dominion gives honor to just about everything the Jurassic Park franchise fans have come to love. All those memes, jokes, and other things that have become a part of pop culture were included in one form or another. Ian Malcolm makes a very obvious gesture of doing up a button, and yes, the Barbasol can DOES make an appearance.

What about redemption arks?

Oh, there are those too! Ian Malcolm gets the chance to wave a fiery stick properly, saving the day, rather than making things 10 times worse. Biosyn sanctuary ends up truly a sanctuary for the dinosaurs, but the biggest redemption was with Dr. Wu. This ambitious scientist, starting from the very first Jurassic Park movie, has been involved with all the cloning and despite everything going horribly wrong every time, he just wouldn’t give up. Finally, at the very end, he gets it right. 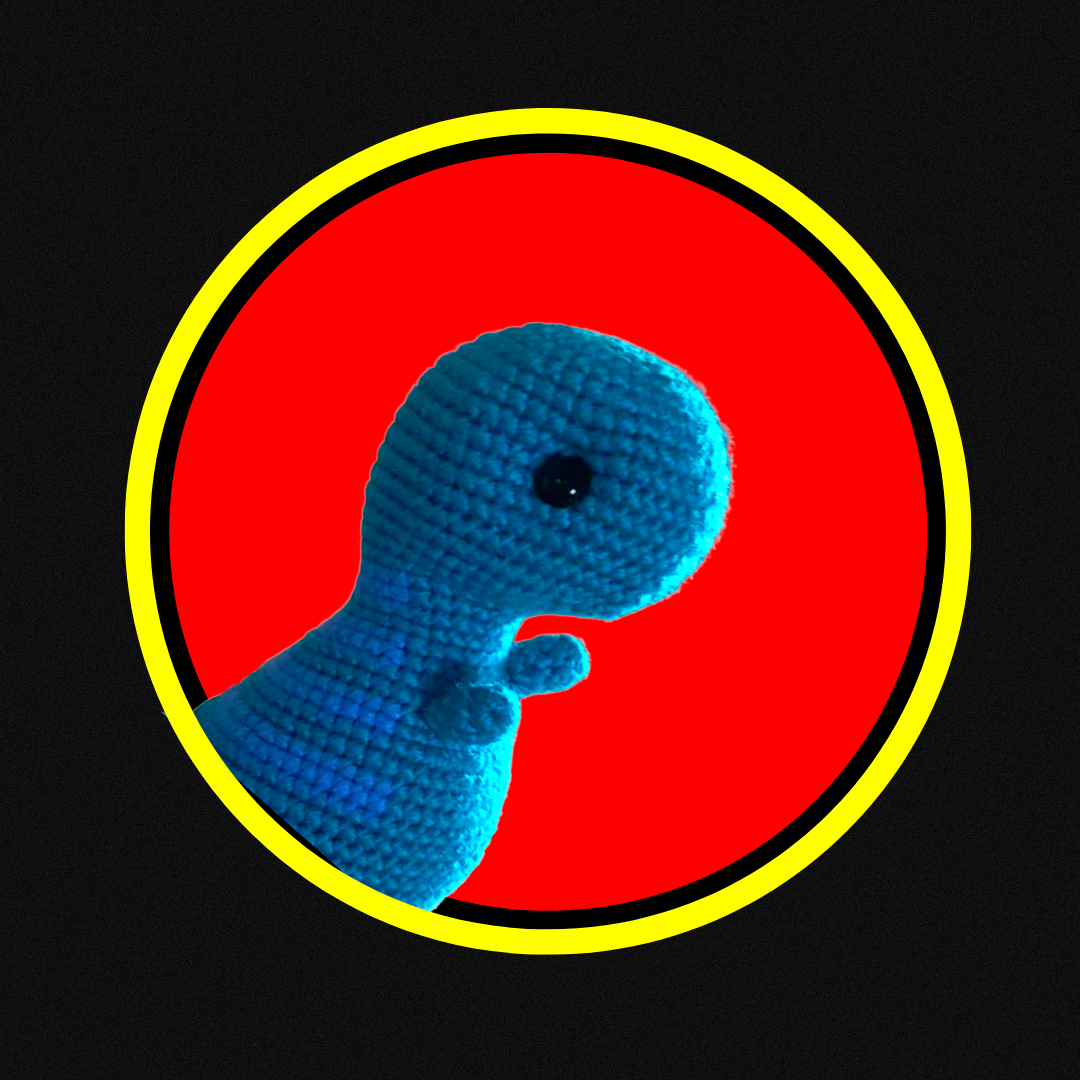 But are there Dinosaurs?

Of course there are Dinosaurs! It is a Jurassic Park movie after all! They aren’t quite scientifically accurate, but we’ve come to expect that over the years, and we forgive them because the movies have introduced the world to many new and exciting species. A couple of our favorites from this particular movie are the baby carnotaurus (give us all the carnotaurus!) and the feathered Pyroraptor, although we all chuckled when the Pyroraptor suddenly turned into a penguin… 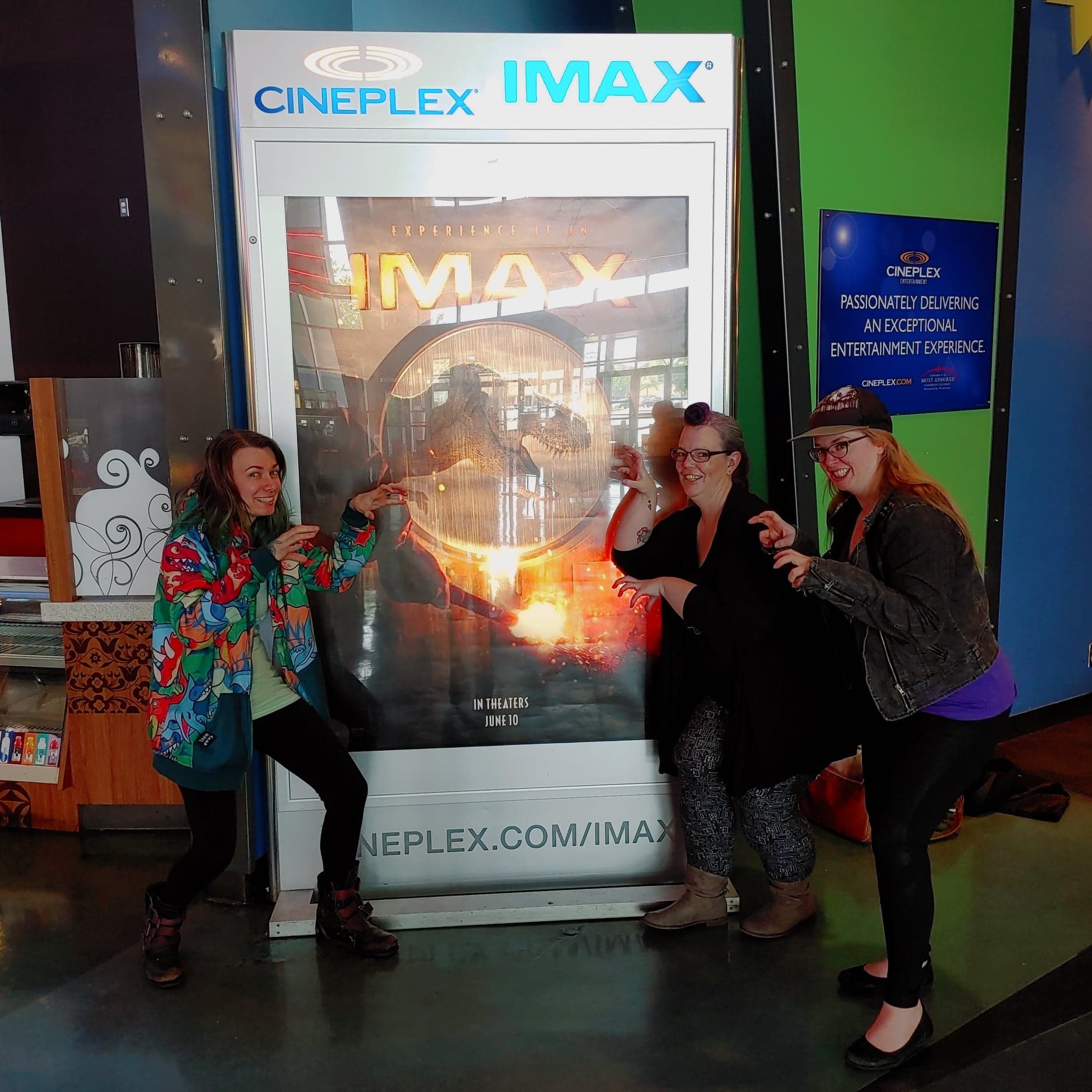 Was this the best of the 6 movies in the Jurassic Park franchise? Probably not, but it was still a great movie, and they did a really good job of wrapping up the two and a half decades of dinosaur films. If like our Lead Illustrator, Kara, you saw the original Jurassic Park in the theater when you were a kid, it sparked a lifelong love of these prehistoric animals. Now, as an adult, it’s more than just your love of dinosaurs that takes you to this movie, it’s nostalgia as well. The filmmakers respected that, and all in all, they gave us a movie that definitely did the series justice.

Have you had a chance to check our Jurassic World: Dominion yet? We’d love to know what you thought! Let us know on Instagram, and don’t forget to sign up for our email newsletter for more dinosaur facts and fun (you’ll even get a discount for The Dinoverse shop!) From our "Christmas Morning" collection, this soft velveteen stocking has room for all your plastic dinos, candy, and holiday favourites!

* Made to order in Montreal

* Made of plush velveteen fabric

* Printed on both sides

* Large foldover with loop for hanging

We are always striving for more environmentally responsible ways to make our products, and have chosen a 'print to order' option for this stocking. That mean that the stocking is only made after you order it. This can add 4-7 business days before the stocking is shipped.

I am happy to ship this item anywhere, but if you are not in Canada or the US, I will need to create a custom shipping option. Please contact me with your address and we can get your order started. A trio of dinosaur themed Holiday cards! This set includes one of each of the three unique designs: "Merry Christmasauropod", "Happy Ankylosolstice", and Treeceratops". Each card is accompanied by a brown kraft envelope.