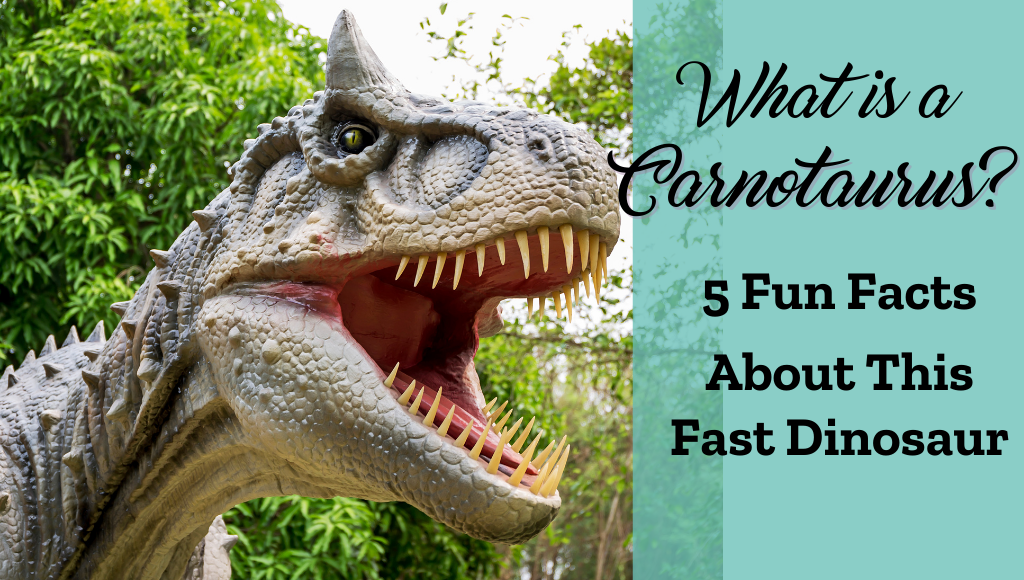 If you have seen Jurassic World: Fallen Kingdom, then you have sat on the edge of your seat watching Owen, Claire, and Franklin be attacked in the gyrosphere by this terrifying dinosaur, just hoping that the glass will hold the teeth back so they don’t get devoured! Until T-Rex saves the day by swooping in and killing the mighty Carnotaurs, allowing the humans time to get away.

The humans probably would have been a tasty treat for the Carnotaurus! Although paleontologists have only found one, almost complete skeleton, that skeleton has taught us a lot about this fast dinosaur! Here are some fun facts about the Carnotaurus that we have learned from studying the fossils we have. 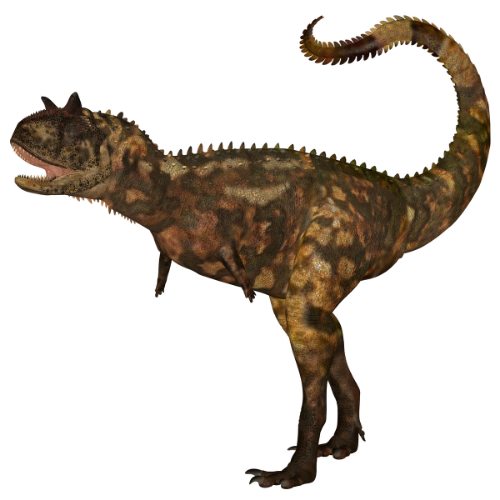 Carnotaurus Was A Carnivore
Carnotaurus had super sharp teeth and long, strong legs allowing them to easily catch and devour their prey. They probably had a weak bite, due to their small jaw, but that was ok! They would have used the horns on their heads like a club or hatchet to hurt or kill their prey like the Pachycephalosaurus before having their snack. (If you want to learn more about Pachycephalosaurus, check out this blog HERE!) 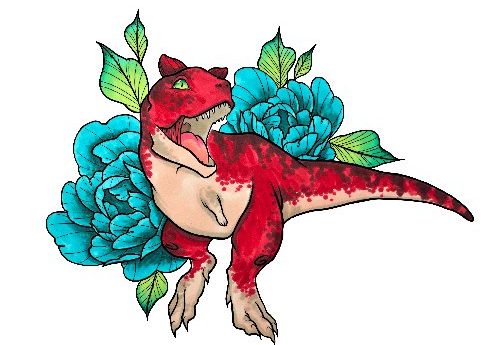 Capri Carnotaurus – A super friendly character from The Dinoverse, who’s always ready with a high-five, a hug, or a wave!

The Fastest Dinosaur Alive
You wouldn’t have wanted to challenge this dinosaur to a race! The carnotaurus had long, large, and very strong lower legs, allowing it to run super fast. Scientists believe that this dino was very likely one of the fastest theropods in its 2000lb class! 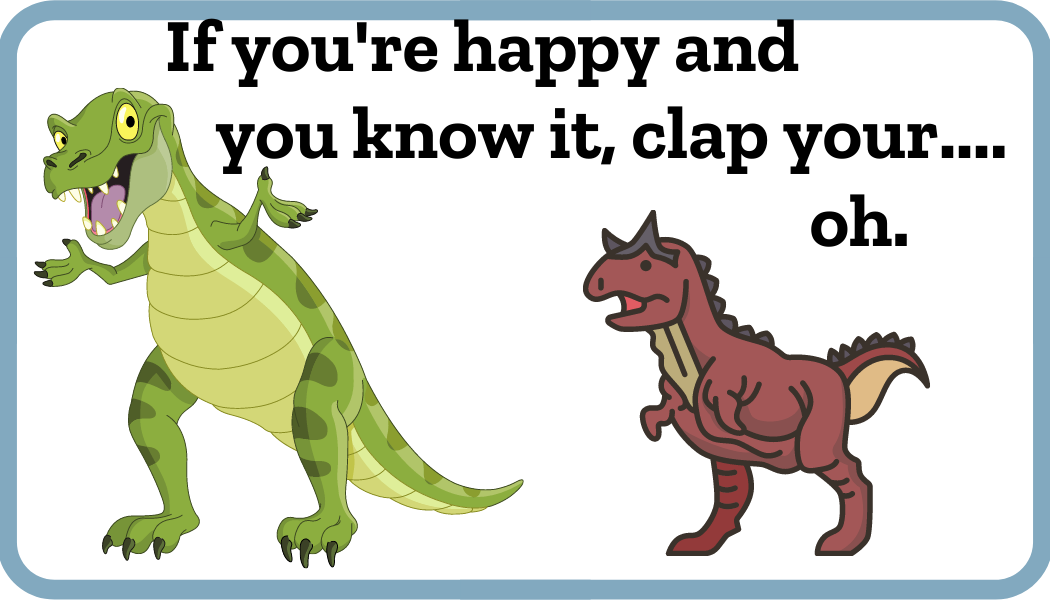 If You’re Happy And You Know It…
Yup. All those T-Rex jokes? We really should be making them about the carnotaurus! The Tyrannosaurus had tiny arms, for sure, but T-Rex could use them, and their fingers and claws. The Carnotaurus? Not so much. In fact, the carnotaurus didn’t even have claws, and their fingers were fused together! This meant that not only could they not use them to grab or tear animals, but they also couldn’t even move them independently. Pretty useless back then, but if you want to see some adorable art and stickers of them, check them out here! 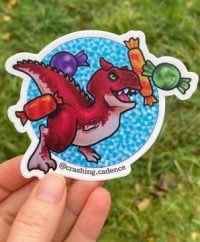 Skin And Bones!
Paleontologists have found an almost complete skeleton of Carnotaurus in South America, but not only that they have also found fossilized Carnotaurus skin in Argentina! This is a pretty rare find for a carnivore! This has given them some really cool information about the Carnotaurus; that it was scaly and more reptilian, like the one we saw in Jurassic Park. This is surprising for scientists because most Theropods of the late cretaceous period seem to have feathers. Even baby T-Rex may have had tiny feathers. 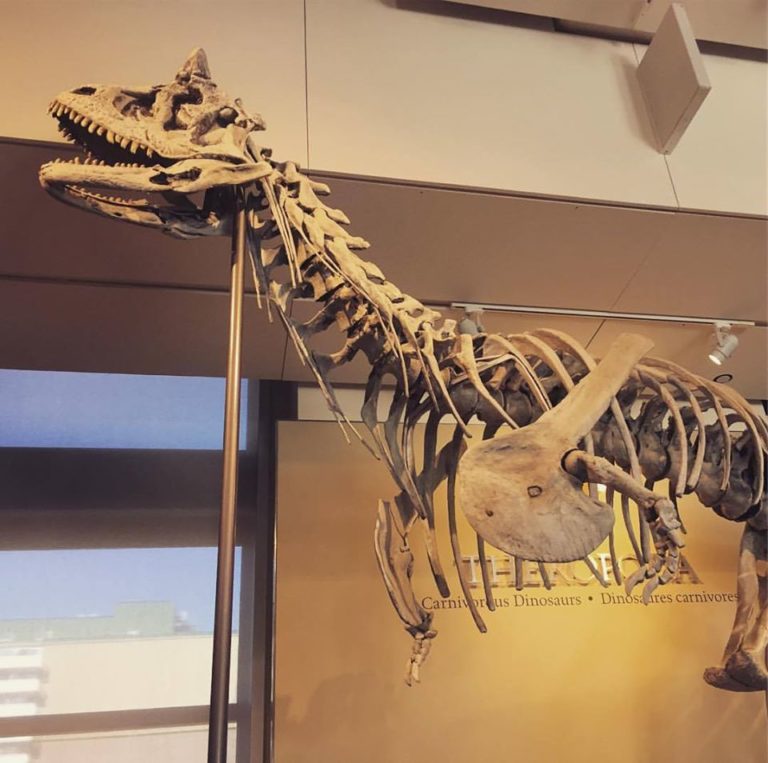 The skeleton of Carnotaurus on display at the Canadian Museum of Nature in Ottawa. Photo by Nicholas Carter 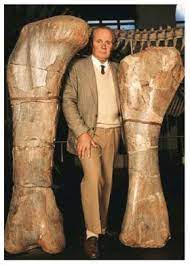 The Carnotaurus was a powerful and fast carnivore, and quite a terrifying dinosaur, even if its tiny, little arms were a bit useless. I’m really glad that movies like Jurassic Park are featuring new and exciting dinosaurs. It gives us a chance to get to know them better! This dinosaur from the late cretaceous age with its horned head and scaly skin is definitely a dinosaur worth studying!

Do you have any great Carnotaurus jokes? Here at The Dinoverse we LOVE dinosaur jokes (especially Tatum!). send us an email or tag us with your best joke on Instagram! We would love to hear them! And don’t forget to sign up for our email newsletter! You will hear about fun dino stuff, and even get a dinosaur treat on your birthday from Vester the Velociraptor!