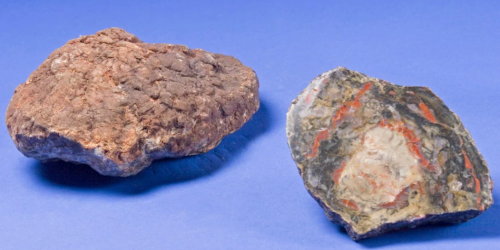 Did you know that Dinosaur poop is as important to science as dinosaur bones? When one of our Jr Paleontologists suggested I write about dinosaur poop, or scientifically called “coprolite”, I thought, “Ew.” I had images of Elly from Jurassic Park up to her elbows in Triceratops poop! It definitely seemed like a topic a kid would be interested in! However, after doing a bit of research, I found it quite fascinating! Coprolites are the fossils of ancient poop that have been fossilized over millions of years because it’s been buried in sediment like ash, mud or sand. While the poop of dinosaurs may not seem like a topic you want to focus on, in terms of science, it turns out, it’s incredibly important! 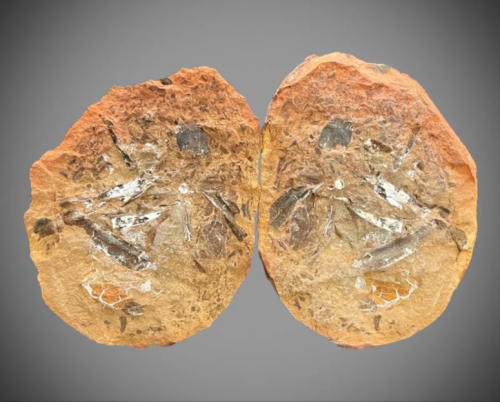 Coprolites can tell us about what food dinosaurs ate and what life was like back then. Entomologist Emmanuel Arriaga-Varela found at least 10 water beetles and about another 20 fragments of heads and wings in one square inch of dinosaur dung from a sample of coprolite in Poland. That’s a big deal! This helps science researchers to understand the different types of organisms that were living back then, and gives us evidence of what dinosaurs ate. It also helps us understand dinosaur behavior. 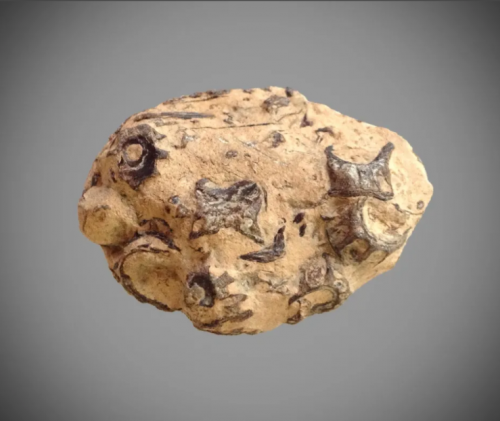 That image of Elly I mentioned? Well, sauropods produced over a ton of dung every day, but scientists find more fossils of carnivore poop because it contains bones and teeth. Bones and teeth are rich in calcium, and helped the dinosaur poop to become fossils easier. The largest coprolite scientists have found is 17 inches long and almost 7 inches wide. That’s a big poop! Because it contains a lot of bones, scientists think that the poop probably belonged to a T-Rex or other large carnivore.

Paleontologists have also found dinosaur poop in the bones of herbivore dinosaurs. They believe this is because some herbivores didn’t have the teeth they needed to properly break down what they ate. Stones would be swallowed by the herbivores to help the digestion process. Sometimes, they would mistake coprolites for stones and swallow those!

You would think dinosaur poop would be easy to find, but coprolite is very rare. Paleontologists get really excited when they find dinosaur poop because feces decay so rapidly, it didn’t often get the chance to properly become a fossil. These “trace fossils” are just as important as “body fossils” to the science of dinosaurs. It helps us to learn how dinosaurs lived, where they lived and what they ate. 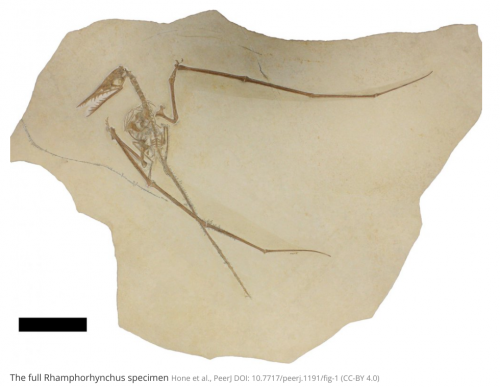 Dinosaur poop, or coprolite, might seem like a strange thing to study, but clearly it’s just as important as the dinosaur bones themselves. I would have never in a million years thought that dinosaur dung was of use, but these fossils from the meals of the past are very special finds for science. When dinosaur poop is found, it gives us so much information about our favourite extinct animals. I’m glad I have Jr Paleontologists to keep me informed! If you have a favourite dinosaur topic you would like to read about, connect with us on Instagram! And sign up for our email newsletter for more fun stuff about dinosaurs! You will even get a discount for The Dinoverse shop!